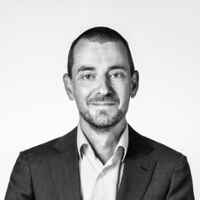 Triodos Bank calls for ambitious targets at COP15, mandatory nature-related reporting for financial institutions and businesses, a stop on financing harmful activities, and recognition of ecocide at the International Criminal Court.

The Global Assessment Report on Biodiversity and Ecosystem Services by IPBES of 2019 paints a dire picture of how rapidly humans are destroying ecosystems: 32% of the world's forest cover has been lost; over 85% of wetlands have been converted; 33% of fish stocks are overfished, over 50% of coral reefs have been destroyed.

Ambitious targets
Triodos Bank calls for ambitious targets within the GBF on the conservation and restoration of nature and the reduction of pollution, such as the use of pesticides. If the negotiators at COP15 do not set the most ambitious targets in the GBF, biodiversity loss might become irreversible. This is unacceptable, because nature provides us with a range of resources that are essential for our survival, such as food, clean water, and air. It is also our biggest ally in tackling the climate crisis.

The GBF will not be effective if it only reaches agreement on protecting 30% of land and sea by 2030. To halt and reverse biodiversity loss, the other 20 targets should also have the highest possible ambition within the negotiating space, such as at least two third reduction of pesticides, eliminating plastic pollution and the sustainable management of agri- and aquaculture and forestry.

These targets should be set while putting the leadership and rights of indigenous people and other local communities centre-stage. Indigenous people safeguard 80% of the world’s remaining biodiversity, according to the World Bank.

Furthermore, world leaders should adopt mandatory requirements for all businesses and financial institutions to assess and disclose their impacts and dependencies on nature by 2030. Also, a strong implementation mechanism, the elimination of harmful subsidies and an increase of financial resources are fundamental for making the other targets a reality.

Ecocide
It is essential to address the underlying political, economic and cultural drivers of biodiversity loss, mechanisms that encourage an extractive use of resources and a detrimental relationship with nature. To make this shift, Triodos Bank is supportive of introducing ecocide at the International Criminal Court.

Ecocide describes the mass damage and destruction of ecosystems, for which no one is currently held responsible in a legal sense. Ecocide is about widespread and long-term damage to our environment and can be considered a crime against humanity. Ecocide especially hurts vulnerable communities that are directly dependent on nature for their livelihoods.

We have signed the Business open letter of Stop Ecocide, calling governments to support the recognition of ecocide at the International Criminal Court and to positively engage in the growing global conversation to make this a reality, for which there is currently an opportunity in the EU Environmental Crime Directive. The Triodos Foundation has been supporting Stop Ecocide with donations since 2016 to create support among policymakers for ecocide legislation.

The role of finance in preserving and fostering biodiversity
As a first course of action, the financial sector needs to stop financing harmful activities immediately, such as financing businesses involved in deforestation, environmental pollution and pesticide production. Financial institutions should require additional policies and certifications for activities with a high risk of damage to biodiversity. Governments should intervene if the financial sector does not act soon enough.

Ending financing of harmful activities is the highest priority; measure the current impact of loans and investments on biodiversity should follow closely. We support Business for Nature's call to adopt ambitious mandatory requirements for all large businesses and financial institutions to assess and disclose their impacts and dependencies on biodiversity by 2030. We continue to support the development of nature-related metrics for the financial sector in the Partnership for Biodiversity Accounting Financials (PBAF), which we co-founded in 2019.

In addition to no longer financing harmful activities, the financial sector should invest more in the restoration of nature and direct solutions to reverse biodiversity loss. UNEP’s State of Finance Report from 2022 has shown that we need to triple yearly investments in nature globally by 2030 to almost USD 400 million. According to Triodos Bank, this means the private sector, including financial institutes, needs to rapidly scale investments in nature conservation and restoration and in direct solutions that build on a harmonious relationship with nature, such as organic and bio-dynamic agriculture, renewable energy generation, circular business models, nature-based flood protection and wetland restoration.