Stichting Administratiekantoor Aandelen Triodos Bank, SAAT, has nominated Alexander Rinnooy Kan as new member of the Board as of 1 January 2023. The Board of SAAT intends to appoint Alexander Rinnooy Kan as chairman to succeed Jolande Sap, who indicated during the AGM of 20 May that she would not be able to fulfil her full term as chair due to other assignments. 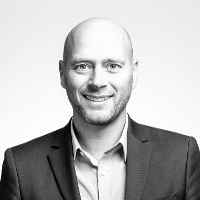 The Dutch Central Bank has approved the proposed appointment.

Abridged CV of Alexander Rinnooy Kan
Alexander Rinnooy Kan (1949), former senator for D66, is Emeritus University Professor of Economics and Business at the University of Amsterdam and holds several board positions. Before that he was among others chairman of the Supervisory Board of the Dutch Central Bank (De Nederlandsche Bank) (2012-2015) and crown member and chairman of the Dutch Social and Economic Council (SER) (2006-2012).

Alexander Rinnooy Kan is of Dutch nationality and does not hold any Triodos Bank Depository Receipts.